About 500 species, distributed as for family; 30 species in Australia, 7 of these native.

A number of species are grown as ornamental plants. Some naturalised species are serious weeds of cultivated pastures, gardens and bushland. The South African species Oxalis polyphylla var. pentaphylla (Sims) Salter and O. versicolor  L. have both been collected once at Dandenong Cemetery, but the species are not considered to be naturalised in Victoria. O. polyphylla is distinctive in having almost linear leaflets and a light pink corolla with a greenish throat. O. versicolor also linear leaflets and a very distinctive corolla, with a curved scarlet edging to each petal, hence the vernacular name Candy Cane Sorrel. The Mexican species O. tetraphylla Cav. has been collected 3 times from the Bairnsdale area  in 1908. The notes on one the three collections indicates that the species is spreading near Bairnsdale, however there have been no further collections since 1908, and it is unclear whether the species was ever established. O. tetraphylla is similar to O. debilis but differs in having four leaflets (when mature), the sinus very obtuseand bulbils are often formed at the end of rhizomes.

Species 1–7 in (Conn 1999) comprise the Oxalis corniculata complex, a notoriously taxonomically difficult group. Until relatively recently this name was applied to all of the non-bulbous plants with yellow flowers found in Australia. Eiten (1963) supported this view, and applied a broad species concept to Oxalis section Corniculatae L. Oxalis corniculata was the only species of this section that Eiten recognised for this region. Lourteig's revision of Oxalis section Corniculatae L. recognised seven species for Australasia, including Oxalis corniculata s. str. (Lourteig 1979), but her key has proved difficult to apply to Australian plants (Conn & Richards 1994). Because of the overlap in characters, the keys in contemporary floras have often been difficult to use or inadequate. Thompson (1982) attempted to address some of the difficulties for Australian members of the group, and Sykes (2009) dealt with New Zealand plants, and published a table of diagnostic morphological characters. A revision of the Australian plants is required.

To facilitate identification it is important to determine the habit of the plant, and to collect the root system. Stipules may be absent on a particular leaf, and several leaves should be examined so that the usual state can be ascertained (Sykes 2009). Fruit characters are important, but only mature capsules containing mature seeds should be used because the features of the testa only become apparent then (Sykes 2009). Most good quality can be successfully keyed most of the time.

Eiten, G. (1963). Taxonomy and regional variation of Oxalis section Corniculatae. I. Introduction, keys, and synopsis of the species, The American Midland Naturalist 69(2): 257-309.

Key to the species of Oxalis 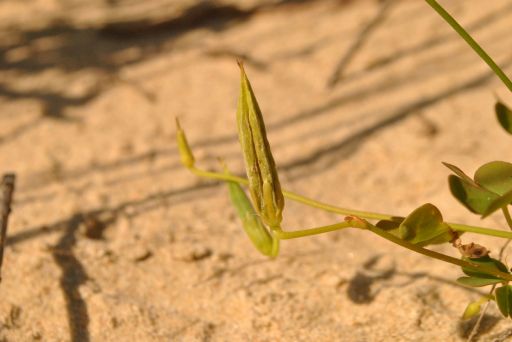