A member of the A. verniciflua complex and sometimes resembling A. exudans which is distinguished especially by its phyllodes with obvious, shallow glandular pits and minor veins not forming a reticulum. Acacia montana also resembles broad phyllode forms of A. wilhelmiana which are distinguished by their golden minutely hairy peduncles and non-reticulate phyllodes.

Specimens with glabrous pods are uncommon and were described as var. psilocarpa, but formal recognition of this variety does not seem warranted.

Putative hybrids between A. aspera and possibly A. montana have been recorded from the Bendigo district. 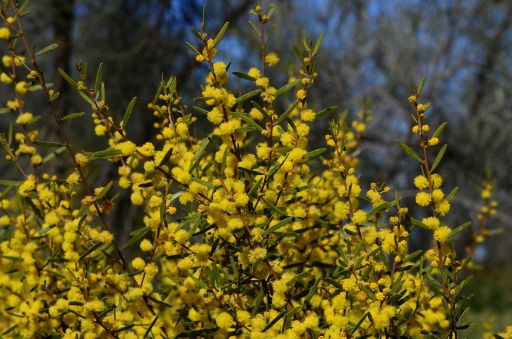