At Paradise Falls, near Whitford, Acacia pravissima hybridizes with both A. kettlewelliae and the Mt Typo variant of A. boormanii. These hybrids are recognized by the following characters: phyllodes slightly asymmetric, narrowly elliptic, acute to subacute, 17–30 mm long, 4–10 mm wide, the second longitudinal vein (when developed) obscure and normally intersecting the gland. They can resemble A. buxifolia.

Plants previously regarded to be dwarf variant of this species from the upper catchment of Little River near Wulgulmerang are now regarded to be a distinct species, A. nanopravissima. 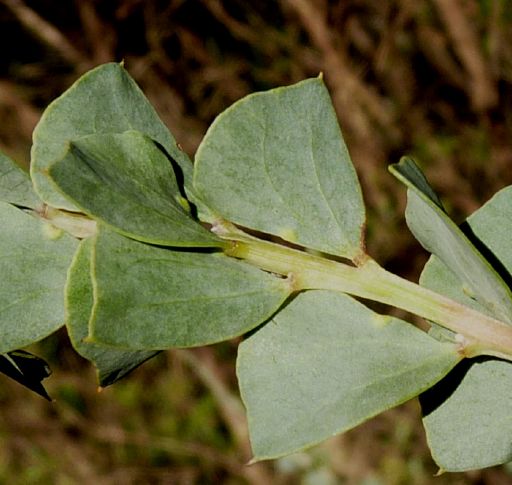