HNF, LoM, MuF, MuM, MSB, RobP, Wim. Common in north and north-western Victoria and found in an array of communities, e.g. with Halosarcia on sand at the edge of salt lakes, mallee eucalypt communities, Callitris woodland with sandy loam, Casuarina woodland with heavy clay loam, and open-forests of Eucalyptus camaldulensis.

Collections that cannot be assigned to the distinctive var. brachyglossa and var. subintegrifolia are here placed in var. ciliaris and consequently a greater range of variation is accommodated within var. ciliaris than the former varieties. Despite this, var. ciliaris in Victoria may be best left treated as a single taxon given that as currently circumscribed it forms a readily identifiable taxon defined by leaves that are usually highly dissected, with up to six segments present on each side of the leaf, and at least some leaf segments that are obovate or spathulate. 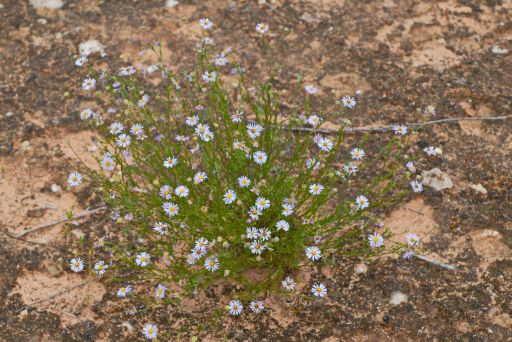