Brachyscome ciliaris is a highly polymorphic, polyploid complex of mostly apomictic entities and is found throughout much of central and southern Australia. Taxa referred to B. ciliaris commonly have dimorphic cypselas but some populations have quite or more or less homomorphic cypselas.

The name B. cilliaris var. lanuginosa  (Steetz) Benth. has been used for Victorian specimens with an indumentum of white cottony hairs, but this apparently applies more correctly to a Western Australian taxon. In Victoria, var. subintegrifolia with its tufts of white cottony hairs in the leaf axils most closely resembles the former taxon. 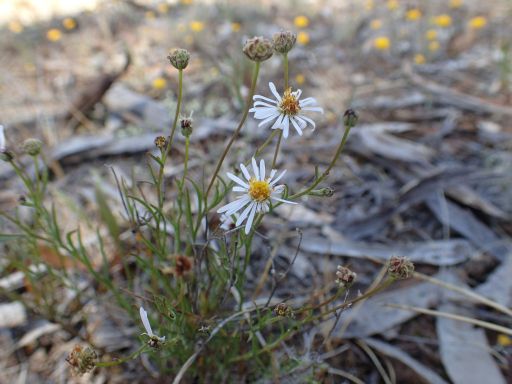