Austrocylindropuntia is one of several genera that have been separated from Opuntia. Two key characters of Austrocylindropuntia, in addition to the absence of spine sheaths, are the cylindrical cladodes with indefinite growth, and a distinctive seed anatomy (Anderson 2001). 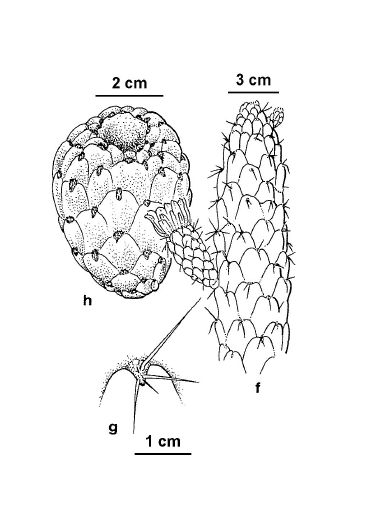