Native to the Europe-Mediterranean region and to Asia, but including many cosmopolitan cultivated and weed species. Some 100 species world-wide; 9 naturalised in Australia.

Brassica has at least some leaves entire and not stem-clasping; the elongate fruits have a distinct beak (1–30 mm long); each valve of the dried fruit has a prominent midvein; and there is 1 row of seeds per locule. 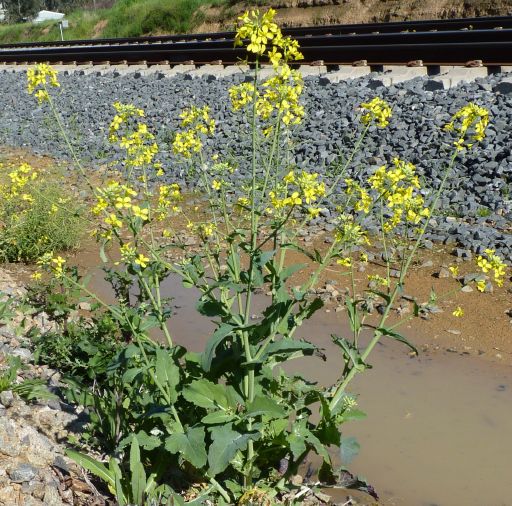