About 30 species endemic to Australia and present in all States (New Caledonia has 5 anomalous species that are sometimes placed in either Callistemon or Melaleuca).

Callistemon is sometimes included in Melaleuca. DNA studies have shown Melaleuca to be polyphyletic, with Callistemon nested within it. However, at this stage no morphological characters have been established to uniquely define clades (i.e. genera) within the broad Melaleuceae tribe, nor are there morphological characters that define this group if it were to be treated as a single genus (i.e. subsume all taxa into Melaleuca as currently proposed by some authors). As such, Melaleuca and Callistemon are retained here as separate genera until the taxonomy of this group is fully resolved.

Key to the species of Callistemon 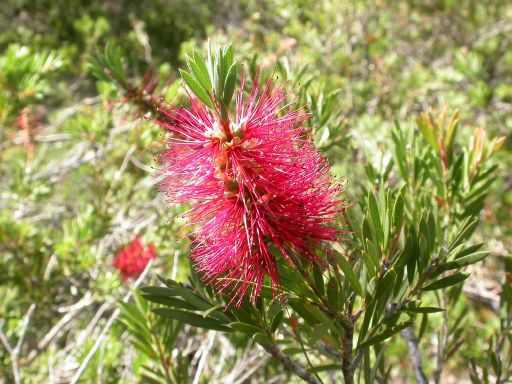