Chrysocephalum semipapposum has long been a taxonomically difficult group. A study by Wilson (2016) established 5 subspecies, 4 of which occur in Victoria, however intermediates exist as well as some extreme forms, possibly warranting further recognition. Furthermore, the distinction between C. semipapposum and C. apiculatum is not always clear.

Some, perhaps all, of the subspecies display heteroblasty - that is, leaves of two more-or-less distinct forms may occur on the plant at one time. Usually leaves associated with flowering stems are larger and often less hairy, whereas short-leaved stems are often vegetative only or may produce small, few-headed conflorescences. Flowering is often promoted by fire or other disturbance and successive seasons may produce largely vegetative growth.

The distribution of each of the subspecies in the State is at this stage poorly understood as most Victorian specimens have yet to be returned from a research loan. 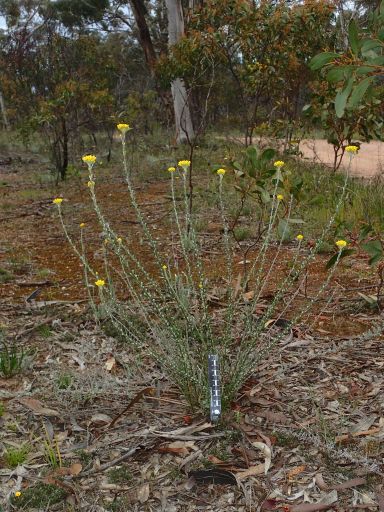