About 2500 species in c. 35 sections, predominantly Eurasian; 5 sections confirmed for Australia, including 1 native section of 2 species.

The majority of described species are polyploid and apomictic ('microspecies'), but c. 10% are likely to be diploid and sexual (Hughes & Richards 1989). The 2 native species in Victoria (both in section Antarctica) are self-compatible and sexual whereas all introduced taxa investigated to date have been triploid and apomictic. The introduced taxa can be assigned to 4 Eurasian sections, and two informal species groups of uncertain sectional affinities. All introduced apomictic taxa were included by Willis (1973), and most other authors, in T. officinale sp. agg. Richards (1985) and Kirschner & Stepanek (1987) explore the nomenclatural complications of this name; its use is best avoided.

Poorly dried, blackened Taraxacum collections are rarely identifiable. Capitula in bud and flower, mature cypselas and a representative sample of well-pressed leaves are all essential. Notes on colour and bract posture from living material and capitula preserved in alcohol are extremely useful. Richards (1972) gives further detail.

The following points should be borne in mind when using the key and descriptions:

Cypselas  Cypsela measurements and descriptions are based on mature fruit (almost-ripe capitula can be ripened indoors with the scape-base in water). Cypsela lengths include the 'cone', the distal part that tapers to a very slender beak. Although traditionally termed 'cylindric', the cones are elongate-conical, with some degree of tapering.

Leaves  Unless otherwise noted, leaf descriptions refer only to the mature leaves of flowering material. Shape and degree of dissection varies between lateral lobes, terminal lobes and interlobes.

Involucral bracts  Care must be taken to distinguish the outermost and shortest one or two series from the slightly longer intermediate series and the longest innermost series. Bract borders are rarely uniform in width; measurements refer to the border at the widest part of the bract. The calli may be obscured in withered dry bracts and these should be soaked out in water. The posture of bracts is best observed in live or preserved flowering capitula. Bracts of seeding capitula often have a different posture.

Phenotypic plasticity  Populations in extremely dry, extremely fertile or very shaded sites may have dimensions outside those noted for species or sections. Leaf morphology may also be aberrant. It is worthy of note that the most dissected leaves occur in the final phase of flowering or later, and determination at this stage may be difficult.

This treatment is based on Scarlett (2015) with refinements by that author as the identity of species in this difficult group has become clearer. While identification of Dandelion species initially appears daunting, increasingly familiarity with characters renders them a tractable group.

Key to the species of Taraxacum 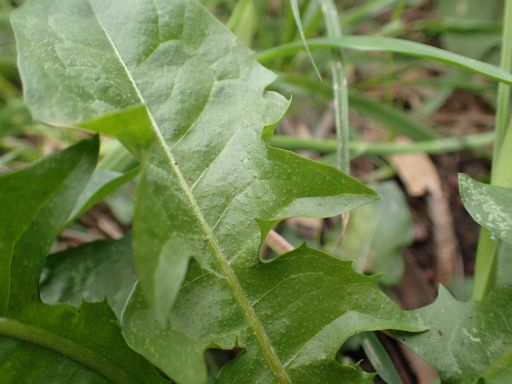